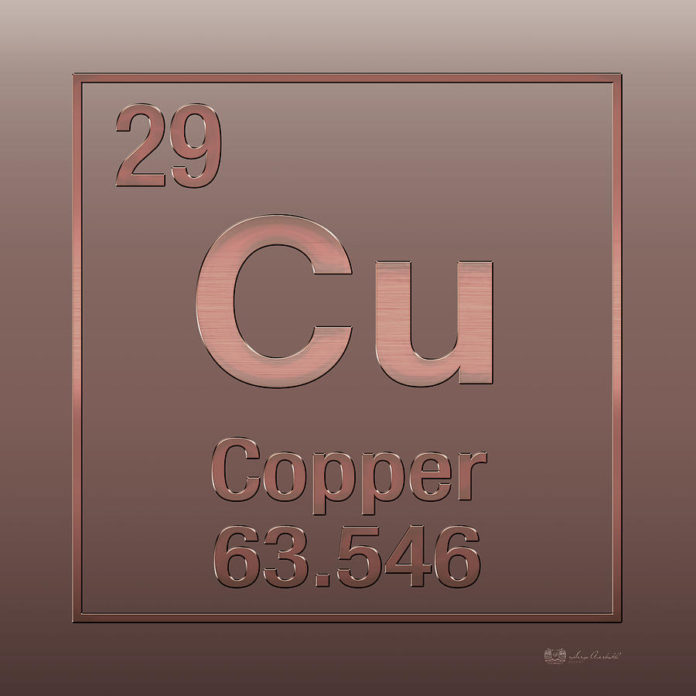 We know that copper is commonly used in plumbing, electronics and jewelry, but did you know that it’s also responsible for important biological functions as well? In fact, as early as 400 B.C., Hippocrates is said to have prescribed copper compounds for the treatment of diseases. Clearly, he understood that we need copper to maintain our health and develop properly. And because we can’t make copper on our own, we need to rely on foods high in copper to avoid copper deficiency.

Copper is a trace mineral, meaning it is needed in a very small quantity for growth and development. Its primary role is to help form hemoglobin and collagen in the body, but it’s also important for the function of several enzymes and proteins that are involved in energy metabolism, DNA synthesis and respiration.

Copper homeostasis is very important, as getting too much or too little of the mineral can cause major health problems. So adults should opt to consume about 0.9 milligram of copper daily, which can be done easily by eating one to two servings of foods high in copper as part of your healthy diet.

Importance of Copper: Copper Benefits and Signs of Copper Deficiency

Copper is an important mineral because it benefits the health of our bones, nerves and skeletal system. It’s also essential for the production of hemoglobin and red blood cells, and it’s needed for the proper utilization of iron and oxygen within our blood.

We need to eat foods high in copper because the body cannot make the mineral itself and it uses copper frequently, without being able to store it in sufficient amounts.

A deficiency in copper results in poorly formed red blood cells, which is problematic because red blood cells deliver oxygen to our body tissues. Not getting enough copper can lead to major health concerns, and the following copper deficiency symptoms may become noticeable:

Copper deficiency is much more common in malnourished populations where people don’t consume enough calories and are unable to get enough copper-rich foods in their diets. In developed countries, certain people are at a greater risk of copper deficiency, including infants who are fed only cow’s milk formula, premature infants, infants with prolonged digestive problems and adults who are struggling with malabsorption syndromes, like celiac disease or Crohn’s disease.

To avoid a copper deficiency, it’s important that copper intake stays in balance with zinc and iron levels. If you consume too much of one, it can throw the other mineral levels out of balance. People who are supplementing with zinc or iron are at a greater risk of copper deficiency and should be aware of this precaution.

Menkes disease or syndrome is a rare, genetic disorder that affects copper levels in your body. Symptoms of Menkes syndrome include failure to gain weight, failure to thrive, developmental delays, weak muscle tone, intellectual disability, seizures, facial droop, and curly, thin and discoloured hair. Symptoms usually develop in infancy and are typically first noticeable with hair changes. A less severe form of Menkes is called occipital horn syndrome, which usually begins in early to middle childhood. For some children with Menkes or occipital horn syndrome, early treatment with copper may improve their prognosis.

Another rare, inherited condition that affects copper levels in your body isWilson disease. But unlike Menkes disease that doesn’t allow the body to absorb copper properly, Wilson disease prevents the body from removing extra copper. This is dangerous because our bodies only need a small amount of copper to stay healthy, and when too much copper builds up in the body, it can become poisonous and can cause life-threatening organ damage over time.

7 Benefits of Foods High in Copper

Research also shows that a copper deficiency may be associated with the onset of Alzheimer’s disease. Although the data is mixed, with some studies suggesting that too little copper can lead to Alzheimer’s and others indicating that copper overload may be responsible, it’s clear that copper does indeed play a role in the development of this neurodegenerative disease.

A 2008 study conducted by the Department of Internal Medicine and Pharmacology, Physiology and Therapeutics in North Dakota found that low copper status was associated with decreased cognition and increased brain and spinal fluid that may serve as a plausible cause of Alzheimer’s disease.

Copper is critical for the proper functioning of almost all tissues in the human body, including your skin, and it’s a powerful antioxidant that protects cells against free radical damage. It can help reduce the appearance of wrinkles and age spots, enhance wound healing, and it can even improvemacular degeneration symptoms. Copper boosts your skin health by helping build collagen, a substance found in your connective tissue that improves the appearance and elasticity of your skin.

Plus, did you know that copper plays a role in the development of melanin? We need adequate levels of copper to give us our natural pigment and texture of our skin, hair and eyes. Copper also help keep your hair from thinning and turning gray.

Copper plays a role in the synthesis of adenosine triphosphate, or ATP, the primary molecule of energy storage in our bodies. Animal and lab studies suggest that without adequate copper, the mitochondria (the cell’s energy producer) are unable to adequately produce ATP, which can leave us feeling lethargic and tired.

Copper helps us utilize iron properly, which helps reduce anemia that can affect energy levels. Copper helps iron be released into the liver, so you are less likely to have a deficiency, which can lead to anemia symptoms like fatigue and muscle aches.

4. Allow for Proper Growth and Development

In countries where malnourishment is a serious problem and copper deficiency is more common as a result, the negative effects of poor development and stunted growth can be seen in children. This is because copper is responsible for proper oxygenation from red blood cells, and when you have a deficiency, your cells, tissues and organs don’t receive enough oxygen.

Research shows that copper (and iron) deficiency during pregnancy can lead to serious consequences, including abnormal fetal development. These problems may persist into adulthood, potentially causing mental health conditions, hypertension and obesity. This is why foods high in copper are an important part of a pregnancy diet.

Copper plays a role in bone health maintenance, which is why a copper deficiency can cause skeletal abnormalities, like osteoporosis. Copper strengthens your bones by promoting bone formation and skeletal mineralization, and increasing the integrity of connective tissue.

According to a review published in Clinical Cases in Mineral and Bone Metabolism, elderly patients with fractures were found to have significantly lower serum copper levels than the participants who served as controls. In addition, post-menopausal women with high serum copper and calcium levels had greater lumbar bone density than those with low calcium and copper levels.

Copper plays an important role in up to 50 different metabolic enzyme reactions that are needed to keep the metabolism runningsmoothly. Researchers from UC Berkeley and the Berkley Lab found that copper plays a key role in metabolizing fat. Using a mouse model, copper was found to be essential for breaking down fat cells so they can be used for energy.

Copper also plays a role in iron metabolism. Eating enough foods high in copper is necessary for normal iron metabolism, which is why anemia is a sign of copper deficiency.

Copper plays an important role in immune system function, and people with a copper deficiency may become sick more frequently than usual. Animal and lab studies show that copper deficiency leads to an increased susceptibility to bacterial infections and impaired neutrophil (a type of white blood cell) function. To help boost your immune system naturally, make sure you are consuming enough foods high in copper daily.

Usually, a varied diet provides enough copper for you to meet the recommended daily allowance of 900 micrograms (or 0.9 milligrams) per day for adult men and women. The foods highest in copper include organ meats, leafy greens, nuts and seeds, beans, and some vegetables. Consuming one to two servings of these high-copper foods should keep you at healthy serum copper levels.

Copper is also obtained through drinking water because it’s used in many pipes that transport water into your home, which allows a small amount to leach into your water supply. This actually helps you consume enough copper, as does eating foods that are cooked in cast iron pots and pans that are made with natural copper.

Try some of these recipes that contain foods high in copper in order to reach your recommended daily allowance of 0.9 milligrams per day:

We know that copper is an essential mineral that’s needed in small amounts for the body to function properly, but consuming too much copper can be dangerous and may even lead to copper toxicity. So if you’re wondering, “Is copper bad for humans?” — the answer is that it could be when consumed in high amounts.

According to research published in Medicinal Research Reviews, “elevated levels of copper have been found in many types of human cancers, including prostate, breast, colon, lung and brain.”  Copper chelators are used in the treatment of these types of cancers as anti-angiogenic molecules.

According to the Centres for Disease Control and Prevention, the levels of copper in surface and groundwater is usually very low, but high levels of copper can get into the environment through farming, mining, manufacturing operations and wastewater releases into lakes and rivers.

If you have high copper levels in your water, which can be checked by certified laboratories that analyze drinking water, you can’t reduce copper levels by heating or boiling the water. You may want to consider using a water treatment, such as reverse osmosis, distillation, ultra-filtration and ion exchange, to remove copper from your water supply. Also, if you are exposed to copper through your plumbing, it’s a good idea to flush your water system by letting the water run (from each faucet) for at least 15 seconds before using it.

For people who have ingested too much copper, symptoms of copper toxicity generally include nausea, vomiting, diarrhea and abdominal pain. This is your body’s way of naturally expelling the copper overload. Copper poisoning can also lead to liver damage and kidney failure in serious cases.

You may also notice copper deficiency in plants, which causes stunting in plants and wilting. Dieback of stems and twigs and the yellowing of leaves can occur as well. Many plants, however, have natural strategies that are used to respond to copper deficiency, such as regulating copper uptake in root cells and levels of copper proteins. (19) 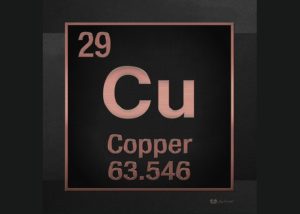 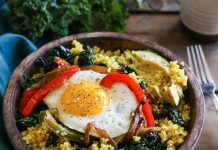 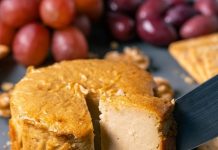 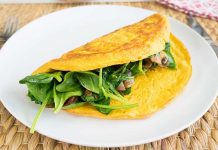 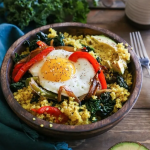 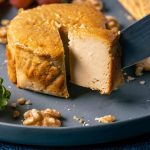 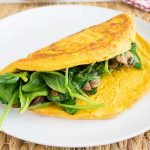